The Department of Japanology was founded in 1987 as a part of the Institute of Oriental Philology (now Institute of Oriental Studies) of the Jagiellonian University on the initiative of professor Andrzej Czapkiewicz. However, already in the interwar period Japanese language was taught at the university by D. Carr and then – after WW II – by A. Dębnicki. After a long - break the course of Japanese language was reintroduced in the years 1979-1981. Then, in 1986, the interdepartmental course was launched and taught by Andrzej Kowalunas, the graduate of the japanology at the University of Warsaw.

The first Head of the Department of Japanology was Mikołaj Melanowicz (awarded the title of professor in 1989), who continued in his office until 2004. He was first accompanied by two famous scholars of Japanese from the University of Warsaw: professor Wiesław Kotański and professor Jolanta Tubielewicz. The language instruction was entrusted to the assistants, first the graduates of the University of Warsaw, later to the alumni of the Jagiellonian University (the first M.A. thesis was defended in the Department in 1992): Andrzej Kowalunas, Olga Lorencka, Ewa Kiełbińska, Bogusław Pindur, Joanna Socha-Gruszczyńska, Anna Horikoshi, Agnieszka Wzorek, Katarzyna Turczynowicz-Suszycka, Wioletta Laskowska, Elżbieta Brzostowska, Aleksandra Kołodziejczyk (Szczechla), Joanna Marszewska, Magdalena Łukaszewicz, Krzysztof Moch.

The language instruction would not have been as successful were it not for the native Japanese teachers: Suzuki Toshihiko, Iwata Miho, Sasaki Shinko, Kawakubo Shigeko oraz Misono Yasuko. From 1992 till 2003 Yoshida Masakatsu (living in Łódź) also contributed to the curriculum. Furthermore, a number of prominent specialists in language instruction have been continuously sent by the Japan Foundation: Tsuchiya Chihiro, Sakamoto Kazue, Yamane Chie, Nagumo Yaeko, Homma Junko, Yokono Toyoko, Sugō Sachie, Uryū Kayo, Tanaki Kaori, Nakano Jirō, Aonuma Kunio (from 2016).

The Japanese studies in Krakow flourished due to the support of specialists from various fields: professor Zofia Alberowa, curator of the Far East Art Department at the National Museum in Krakow, professor Rajmund Mydel from the Institute of geography (Jagiellonian University), Tom Wright, a specialist in Buddhism, professor Stanisław Filipek, professor Lidia Kasarełło. Until 2013 Japanese classical literature was taught by Krzysztof Olszewski, PhD. The Department of Japanology also prides itself in its fruitful cooperation with the Manggha Museum of Japanese Art and Technology.

In 2000 the name of the department was changed to the Department of Japanology and Sinology. In 2004 professor Romuald Huszcza became the Head of the Department, performing this function until 2017, when professor Tomasz Majtczak was appointed the post.

In the academic year 2017/2018 the department offered courses taught by:

The Department of Japanology has been generously supported by the Japan Foundation. A number of qualified teachers and language specialists have been sent to enhance the level of Japanese language instruction at the Jagiellonian University. The Department is greatly indebted to Tsuchiya Chihiro, Sakamoto Kazue, Yamane Chie, Nagumo Yaeko, Homma Junko, Yokono Toyoko, Sugō Sachie, Uryū Kayo, Tanaka Kaori, Nakano Jirō and Aonuma Kunio for their expertise and dedication. The Japan Foundation has also been the most important sponsor of the departmental library collection, as well as the supporter of some publishing initiatives, including the recent monograph sponsored by the Budapest Office: W kręgu Kokoro. O literackich i pozaliterackich kontekstach Sedna rzeczy Natsumego Sosekiego (Krakow: Jagiellonian University Press, 2017). 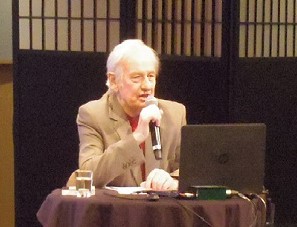 Mikołaj Melanowicz was the head of the Department of Japanology at the Jagiellonian University from 1987, when it was founded, until 2004, during which time he managed to gather a number of Japanese studies specialists: the renowned scholars from the University of Warsaw and later also the graduates from the newly founded department in Krakow.

He was born on 10th September 1935 in Piszczac in Polesie Zachodnie, graduated from the Pedagogical Lyceum in Lubomierz in 1954 and joined the Institute of Oriental Studies at the University of Warsaw. At first, he studied sinology but the encounter with the Japanese during the 5th World Festival of Youth and Students (1955) directed his interests towards Japan - a country, as it then seemed, much less accessible than China. No doubt, he was encouraged in his new fascination by the kindness of the Japanese. In 1956 one pen friend even sent him the Kenkyusha’s New Dictionary of the Japanese Language (1952) – roughly one thousand seven hundred pages of elaborate definitions and explanations of Japanese lexemes, which bears the marks testifying to Professor’s meticulous study of new words and expressions.

After receiving the M.A. degree in 1959, Mikołaj Melanowicz became an assistant in the Department of Japanology at the University of Warsaw. In the years 1964-1966 he was a researcher at the prestigious Waseda University. He defended his PhD thesis in 1969, and his habilitation thesis in 1975. His research interests centred around the poetics of Hagiwara Sakutarō and the narrative traditions in the works of Tanizaki Jun’ichirō. At the time a number of his translations of Japanese literature had already appeared, including Akutagawa Ryūnosuke’s Kappa (Kappy, 1963), Abe Kōbō’s Suna no Onna (Kobieta z wydm, 1968), Tanizaki Jun'ichirō, Ashikari and Shunkinshō (Dwie opowieści o miłości okrutnej, 1971), Ibuse Masuji’s Kuroi Ame (Czarny deszcz, 1971), Tanizaki Jun'ichirō’s Tade Kuu Mushi and Fūten Rōjin Nikki (Dziennik szalonego starca. Niektórzy wolą pokrzywy, 1972), Natsume Sōseki’ Kokoro (Sedno rzeczy, 1973).

Professor Mikołaj Melanowicz (the title was bestowed on him in 1989, two years after he became the Head of the Department of Japanology in Krakow) put his heart into the research of Japanese literature. He published the three-volume History of Japanese Literature, which  presents the main movements, genres, figures, works and terms of Japanese literature in a systematic manner, and which has become an indispensable compendium for the Polish students of Japanese studies. The first two volumes – devoted to the pre-modern and early modern Japanese literature and to the 20th-century prose respectively – appeared in 1994, the third one – dedicated to the 20th-century poetry and theatre – was published two years later. Professor also continued translating the works of Tanizaki Jun’ichirō and Abe Kōbō, as well as those by Ōe Kenzaburō, Kawabata Yasunari, Kaiko Takeshi, Inoue Yasushi, Endō Shūsaku and Komatsu Sakyō.

While lecturing on Japanese literature and culture, Professor Mikołaj Melanowicz shared with the students in Krakow not only his knowledge and expertise in literary theory and history of literature, but also his personal experience of encounters with many most renowned contemporary Japanese writers. A valuable lesson, indeed! He has been continuously supporting the Department of Japanology and Sinology after 2004. He is always present during the conferences and symposiums on Japanese literature, also those commemorating the foundation of the Department in 2007, 2012 and 2017. Some of his works were published by The Jagiellonian University Press, enriching the “Language, Culture and Literature of Japan” Series. 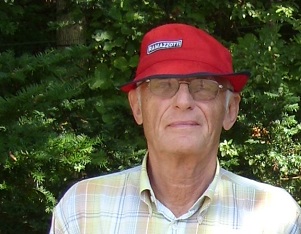 Mr. Andrzej Kowalunas was born on the 15th of July, 1941 in Warsaw, but has lived in Cracow since his childhood. He graduated from English and Japanese philologies and is known as the first Polish lecturer of Japanese language in Cracow as well as the co-founder of Japanese studies at the Jagiellonian University.

During his English studies, Mr Kowalunas was also interested in Scandinavian languages and he spent one year at the Uppsala University in Sweden. A few years after his graduation in 1969, he decided to study Japanese language at the Warsaw University. He was taught by famous japanologists, such as Prof. Jolanta Tubielewicz and Prof. Wiesław Kotański, whom Mr Kowalunas described as „the real father of Japanese studies in Poland”.

After graduating from Japanese studies Mr Kowalunas was asked to become a Japanese language lecturer for the public courses conducted by the International Press and Book Club in Cracow (nowadays known as Empik). He received teaching materials from the Japan Foundation, and in 1981 he participated in the summer programme for Japanese language teachers organized by the Foundation.

In 1986 Prof. Andrzej Czapkiewicz, who was the Head of the Institute of Oriental Studies at the time, asked Mr Kowalunas to carry out the interdepartmental course of Japanese language. One year later Prof. Czapkiewicz decided to establish the Department of Japanese studies at Jagiellonian University and asked Mr Kowalunas to invite the lecturers from the Warsaw University who taught him. Mr Kowalunas formally represented the newly-created Department until Prof. Mikołaj Melanowicz became the first Head of the Department.

As a lecturer, Mr Kowalunas focused primarily teaching practical Japanese, Japanese writing and translation. Before his retirement, he was also asked to teach a course on Japanese culture and geography. Although as a teacher he was regarded as a demanding person, he attempted to encourage students not only to master their language skills, but also to deepen their cultural knowledge and interests.

Mr Kowalunas currently hones his linguistic skills history and etymology of languages by learning Gothic. In 2016 he visited Japan again after a longer break and called this visit his nosutarujikku na tabi, ‘a sentimental journey’.